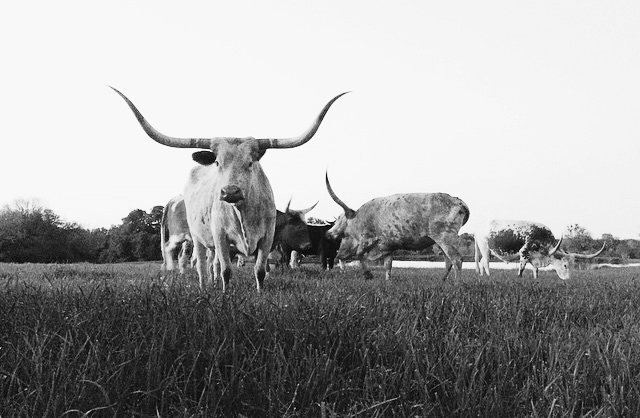 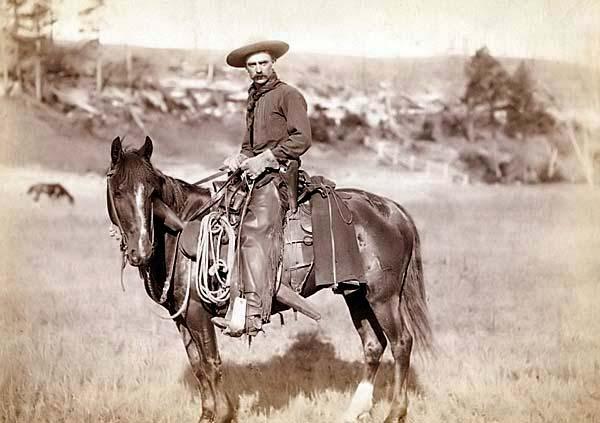 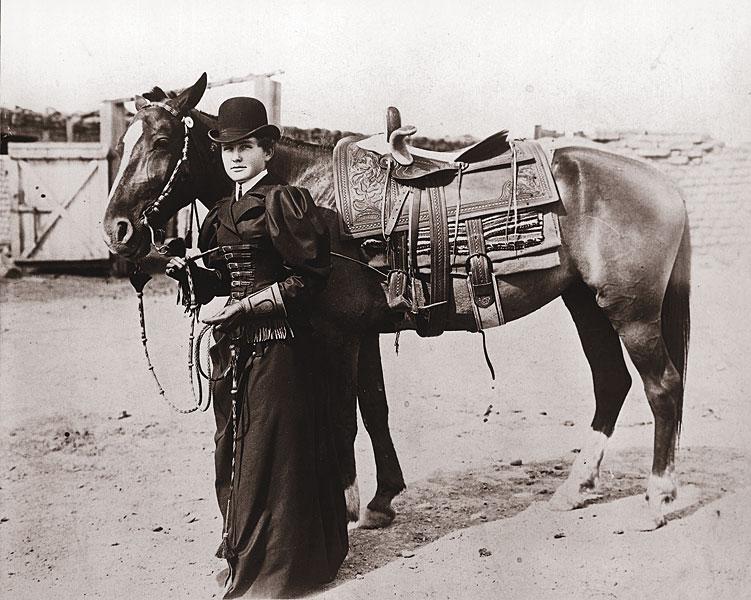 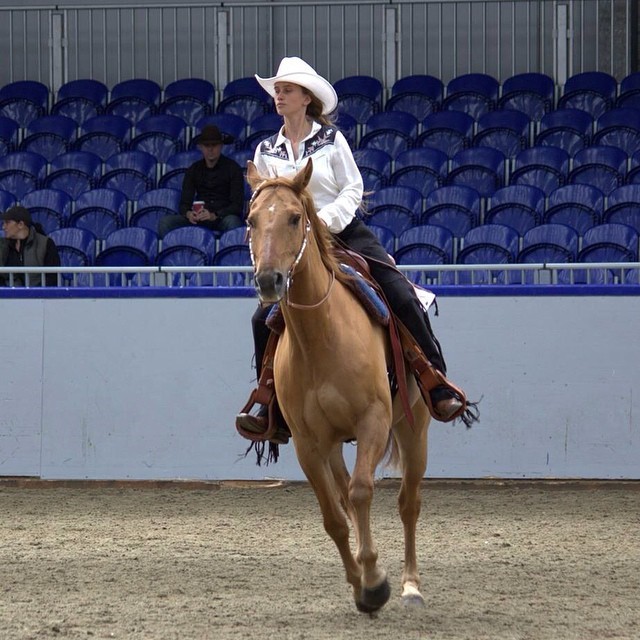 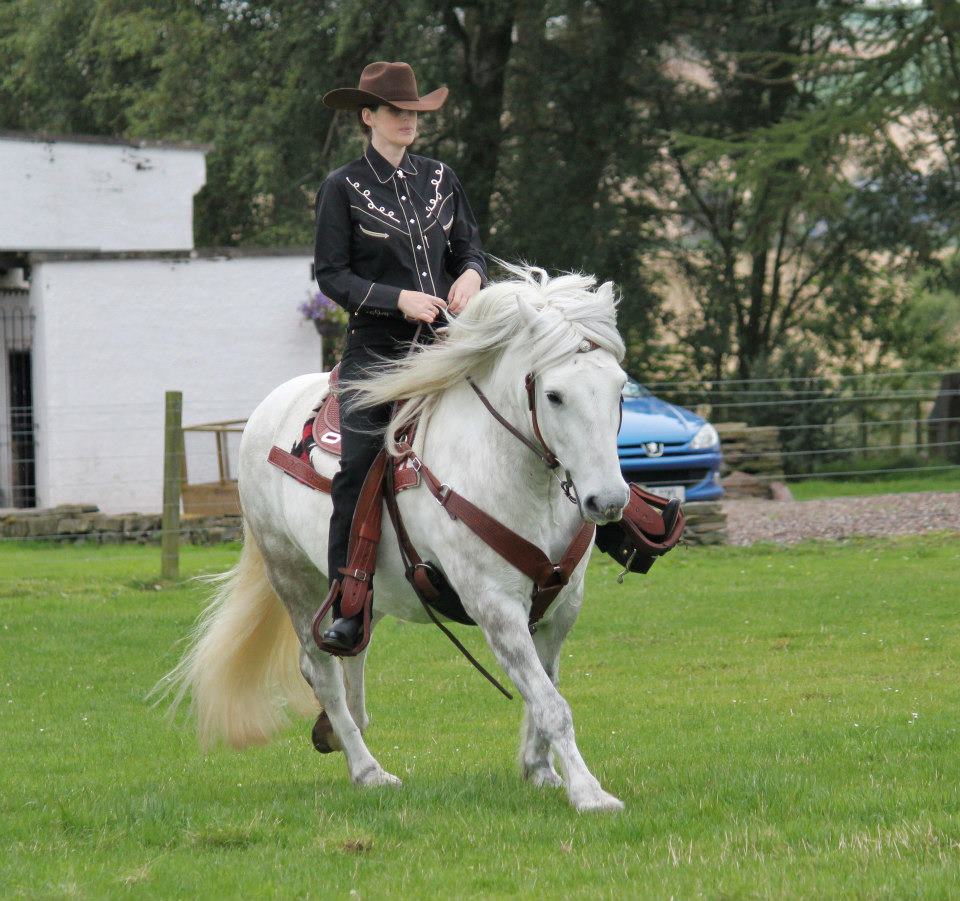 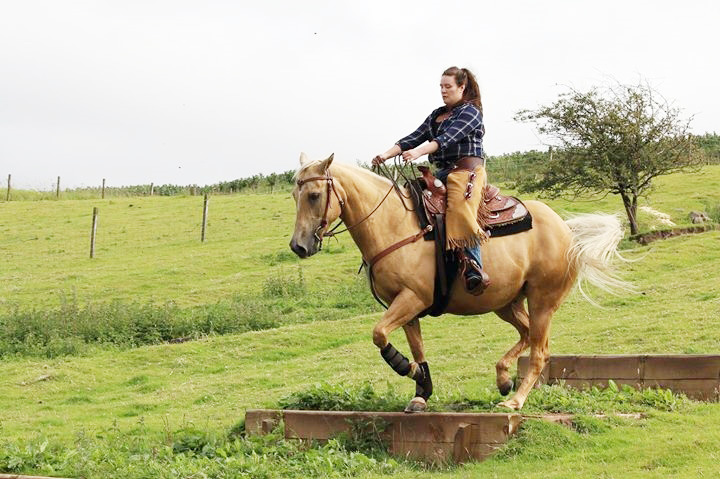 The Western style of riding had its roots in European equestrianism but was developed by cattle ranchers and herders in the Americas. It can be said that the roots of modern Western Riding were set down in the 1800s by riders and horse breeders who, for example, rode north from Texas with herds of long horned cattle to deliver beef to the more populated north east of north America.

Their way of riding was dictated by the practical business of surviving in what was, for the most part, a hostile, sparsely populated landscape.
Their horses worked all aspects of cattle rearing and herding, and allowed cattle herders to survive over the thousands of miles they travelled each year.

The cattle trade led to serious horse breeding. Ranchers bred stock with temperament and physical attributes best suited to the work of the ranch. Ranch horses were developed to be versatile horses with acceleration, turn of speed and athleticism coupled with a tractable temperament and early maturity. Their versatility made them the multi-discipline animals they are today. Their acceleration and speed encouraged rivalry among cowboys and cattlemen to see who had the fastest horse. The early races were generally on dirt tracks over a distance of approximately one quarter of a mile. The races often ran down the main street of the town passed through on cattle drives. There, the young cowherders could spend their money on baths, drink, women and gambling. They hoped to win some of that back by betting on their “fastest” horse. Descendants of those horses are still the fastest horses over a quarter mile track, out-accelerating the thoroughbred.

By 1940 a horse racing industry had been established in America and Quarter Horses were an important part of the industry. In that year, six men travelled the country, visiting ranches and racing stables to determine what attributes made the best horses. They compared conformation, speed, agility, strength, stamina, early development and, above all, a temperament and intelligence which made them trainable as work companions. Their selected horses became the foundation stock for the Quarter Horse breed stud book in 1941.

The Quarter Horse Association was thereby established. The pedigrees of registered Quarter Horses go back at least to 1940 and some into the 1930s and 1920s.

The American way of riding, the tack and apparel were developed in parallel with the development of the Quarter Horse. As with most great equestrian styles worldwide the style evolves with the evolving characteristics of the horse and it role in life.

Western riders are in the minority in Britain but that, perhaps, is as it should be, because each nation should hold on to its own traditions. Over the past 30 years, however, people in Britain and Europe have increasingly turned to the Western Way, recognising it to be a practical and rewarding way to communicate with horses. It is a way for forming partnerships and having horses which are very willing to be guided by considerate Western trained riders.

The Western Way has been practised, demonstrated and taught by many great horsemen and women for at least 100 years. Their teaching has been incredibly consistent from one generation of horsemen to the next. These men and women are legendary in the Western equestrian world and their legacy is being continued by the best trainers and teachers today.

What do Western Riders do today in Britain? A few cattle ranch and sheep farm. Some barrel race. Some trail ride. Some compete in the many show disciplines and some just enjoy the companionship of their Western trained horses, be they Quarter Horses or any other breed.

(Somewhere on this website you will find an extract from the Western Equestrian Society rule book which will explain Western Showing, the classes, the categories for entry and how the classes are judged.)

Alternatively, ride out with friends on safe, reliable trail horse. My take on trail riding is as follows:

The epitome of trail riding is when a man or woman travels on their horse fearlessly into unknown territory enjoying the elements and the wonders to be seen in the land that they are travelling through.

Western riding was born on the trail over thousands of miles of undeveloped country. Few of us can match that when we ride out. Today, the training of a Western horse attempts to develop in him complete obedience and willingness to be guided. Most Western equine disciplines, however, are set in a more or less protected environment. Competitions are set up in an arena. This is an environment in which the horse has practised and performed many times over. There are relatively few surprises for him in the ordinary run of things. The environment is conducive to maximising the performance, but can restrict the horse’s experience and inhibit his worldliness.

Out on the trail, on the other hand, things are new to the horse. He can be surprised at any time and by anything. To cope with those things, the horse has to be confident that his rider knows what he or she is doing. The horse has to be trained to trust in the rider’s guidance. The rider must respect the horse’s misgivings in some circumstances and protect him from real dangers and help him past imaginary ones.

The best trained movie stunt horses are trained to trust their handlers to the extent that, if asked, they will gallop through a window made of toffee and papier-mâché without hesitation. They don’t know it’s not made of glass and concrete. They would gallop into a brick wall and kill themselves if asked to do so by the handler they trust. We don’t expect our horses to do such things, but we do need them to trust our judgment.

In an arena environment we can lay the foundation of obedience and willing compliance but the possibility of recreating a range of circumstances likely to be met on a real trail ride is limited. So, you might say, we should go out on a wide range of trail rides every day. This is not really a practical proposition for most of us.

One solution is to build a trail trial course on several acres of land which is designed to replicate a range of scenarios to be found on an average trail ride. Practising in this “large arena” where the elements of surprise due to changing seasons, weather conditions, etc can happen randomly, means that the experience is more closely related to real trail riding. A trail trial course, if you like, can be a halfway house where horse and rider can further develop the trust in each other which they initiated in the arena.

At Blackford Glen we have enough land available to construct such a course, ranging over 15 acres and beyond through the Hermitage Valley and over the Blackford Hills, where horse and rider can test themselves against the trail obstacles and other riders. We have made some progress in its construction and have run trail trials over it, but it remains a work in progress.

From time to time there may be posts about The Western Way on the Blackford Blog.